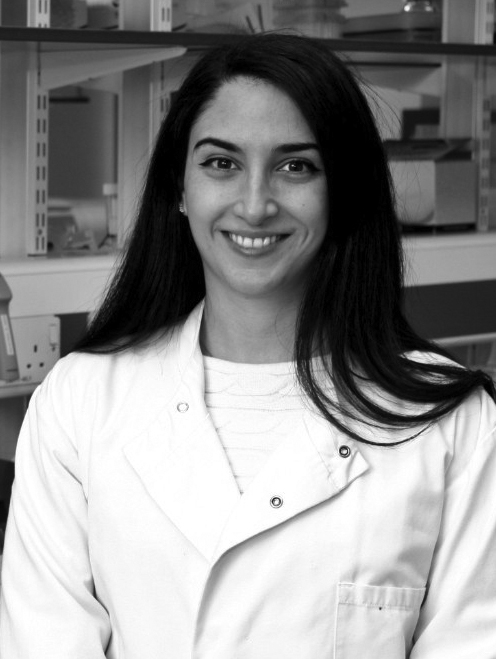 Anna Hadjihambi obtained her BSc degree in Biochemistry from the University of Warwick and then completed her MSc degree in Neuroscience at UCL. Anna then received her PhD, funded by the prestigious Grand Challenges UCL, which was a collaboration between the departments of Liver and Digestive health and Neuroscience, Physiology and Pharmacology. In 2018 Anna started her postdoctoral fellowship at UNIL, Switzerland. During this time, she investigated the effects of non-alcoholic fatty liver disease on altering cerebral physiology, function, and metabolism, as well as the role of the monocarboxylate transporter-1 in protecting the liver and the brain.

In 2020, Anna joined The Roger Williams Institute of Hepatology in London, as a senior postdoc and sub-team lead starting the Liver-Brain axis group and leading her own research. She is currently investigating cerebral alterations arising due to various types of liver disease, the possible mechanisms behind them, as well as the long-term effects of these conditions on the brain following resolution of liver disease. In addition to hepatic encephalopathy, Anna is interested and has contributed to various other studies from different disciplines (cardiovascular, pharmacology, neuroscience and physiology). Anna is also a STEM ambassador, Greek Women in STEM Mentor and the co-chair of the ISHEN Translational committee.

We use cookies on our website to give you the most relevant experience by remembering your preferences and repeat visits. By clicking “Accept”, you consent to the use of ALL the cookies.
Cookie settingsACCEPT
Manage consent

This website uses cookies to improve your experience while you navigate through the website. Out of these, the cookies that are categorized as necessary are stored on your browser as they are essential for the working of basic functionalities of the website. We also use third-party cookies that help us analyze and understand how you use this website. These cookies will be stored in your browser only with your consent. You also have the option to opt-out of these cookies. But opting out of some of these cookies may affect your browsing experience.
Necessary Always Enabled
Necessary cookies are absolutely essential for the website to function properly. These cookies ensure basic functionalities and security features of the website, anonymously.
Functional
Functional cookies help to perform certain functionalities like sharing the content of the website on social media platforms, collect feedbacks, and other third-party features.
Performance
Performance cookies are used to understand and analyze the key performance indexes of the website which helps in delivering a better user experience for the visitors.
Analytics
Analytical cookies are used to understand how visitors interact with the website. These cookies help provide information on metrics the number of visitors, bounce rate, traffic source, etc.
Advertisement
Advertisement cookies are used to provide visitors with relevant ads and marketing campaigns. These cookies track visitors across websites and collect information to provide customized ads.
Others
Other uncategorized cookies are those that are being analyzed and have not been classified into a category as yet.
SAVE & ACCEPT